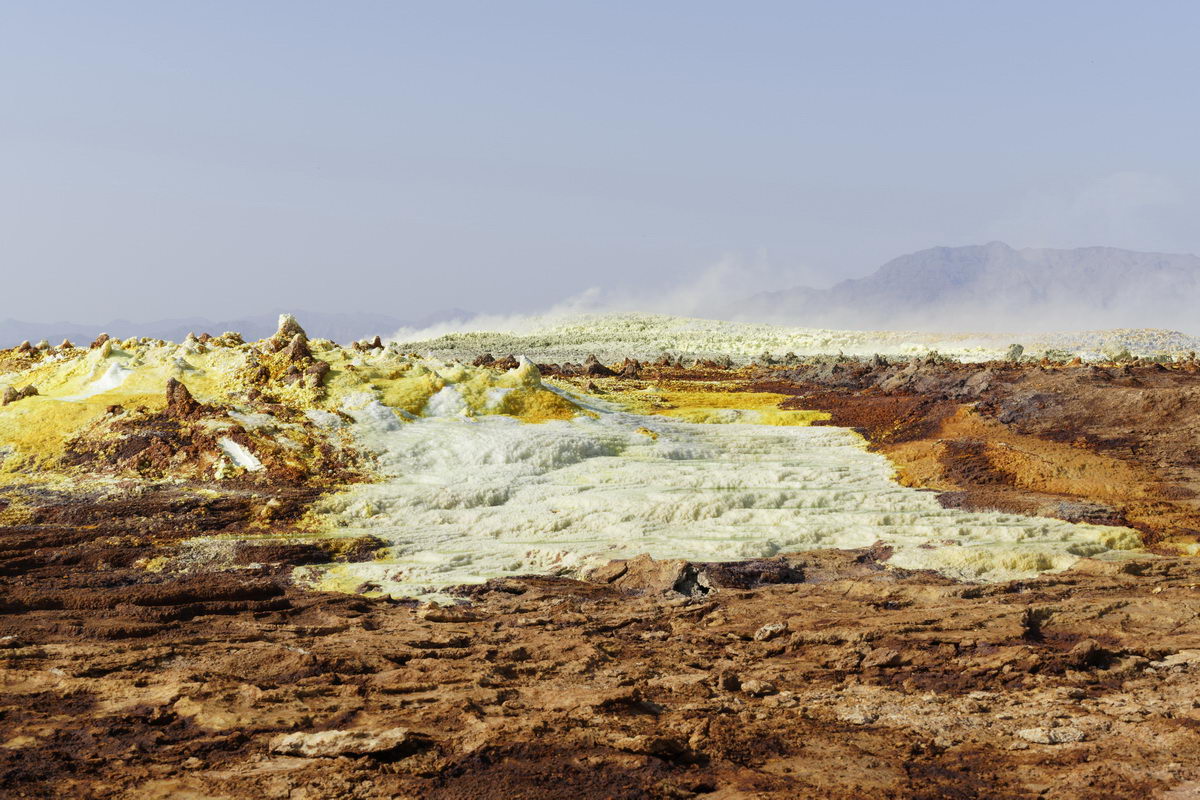 We proudly invite you to visit two exhibitions jointly named Spiritualscapes by Louis-Cyprien Rials. Spiritualscapes brings - On the Wakaliga Roadside at Hestia Art Residency & Exhibitions Bureau and Afrituals at the Museum of African Art in Belgrade.

On the Wakaliga Roadside, was originally set up in 2019 at the Palais de Tokyo in Paris, for which the artist won the prestigious SAM Art Prize. The basis of the exhibition is a film adaptation of Rashōmon (1950) by Japanese director Akira Kurosawa, which was performed in collaboration with ugandese Ramon Film Productions studio. The screening is accompanied by posters made by the artist and based on Japanese, German, or even Swedish posters of the original version of the film, as well as fake weapons made for the shooting, AK-47 rifles, and a golden pistol. The exhibition creates many different points of view and can be interpreted in comparison with the cultural, social, and temporal crossroads of the film Rashōmon.

(from the foreword by Adélaïde Blanc, curator of the exhibition at the Palais de Tokyo)

Afrituals, an exhibition created in collaboration with the Museum of African Art, includes works from countries that the artist visited during his long travels on the African continent, primarily his stay on the Somali Peninsula in 2019. In the video work After the Night (Après la Nuit), the artist embarks on a journey from Lake Natron in Tanzania to the Las Gel Caves in Somaliland, passing through Niero Rocks in Uganda and ending his journey in the Danakil Depression, one of the lowest and warmest regions on the planet. Aware of what was an integral part of these landscapes and their forgotten painter-inhabitants and supported by the sound recording of Romain Poirier, Cyprian evokes themes of war, predatory sentiment, and ritual, making other presented works recognized as a possibility of what is happening in the landscape.

Join us at Hestia and at the Museum of African Art. Looking forward to your visit!