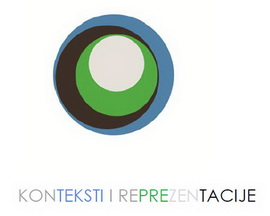 From May to December 2014, 6 talks were held with professors, experts and artists, tackling the topic of African arts representations. The program – otherwise inspired by the doctoral thesis of Ana Sladojević: “The Museum as Image of the World, a Space of Identity and Ideology Representation” – in principle had a strong foothold in the Museum of African Art in Belgrade’s genealogy (this in many ways unique institution). Besides reflections on its work and politics of representation, the talks which were part of the Contexts and Representations program, often referred to and shed light on different aspects of the wider Yugoslav, that is, Nonalignment context. Summarizing C&R we may conclude that it aimed to: reconsider, critically question, theoretically reflect, and at the same time be spatially mobile. The talks were organised in different spots on the Permanent Display of the Museum, but also in different, less “ordinary” locations, “zones”, or “territories” of the museum, including the garden, beside the anchor (one of the oldest Museum pieces). This was by no means accidental. The C&R program may well be the first to consciously, without arbitrariness, aim to cast some light on the importance of place/space in creating our positions and the unique character of the moment in which a particular action occurs, a particular standpoint is made. All this is, in fact, the practical implementation of a strong theoretical orientation – that by opening different official and unofficial spaces in the Museum, it is possible to determine “context” and its share in creating “representation”. Among other things, this facilitated the making of a special, “informal” atmosphere around the talks, one that (it seems) successfully stimulated guest presenters and encouraged comments from the audience.

The 7th and last Contexts & Representations talk took place in June 2015 and in a certain way opened a new page in this program. On the occasion, the first, preliminary results of the project which deals with creating a digital imprint of the MAA’s Permanent Display as a form of preservation in the field of heritage were presented.

All talks were conceptualised and lead by the author of the C&R program, senior curator and art theoretician Ana Sladojević (PhD). C&R was coordinated by Emilia Epštajn, curator.

The Contexts & Representations programme, as a form of introduction to the work on creating the current exhibition: Nyimpa kor ndzidzi/ One Man, no Chop. The (Re)conceptualisation of the Museum of African Art – the Veda and Zdravko Pečar Collection, continues in October.

On this occasion, the program will host Koštana Banović. Her video-work Reading Museology in a formal sense uses footage filmed during the winter of 2016/17 in different spaces of the Museum. By filming the exhibits on the permanent display, the unfinished Dome used for storing different museum equipment, finally the space of the storage space for museum collections, Koštana Banović focuses the same gaze on both objects and spaces which, in the museum’s quotidian are essentially different.

The programme will consist of the video screening of Reading Museology (13 min.), followed by commentary and open discussion around the topics of “reading” Museology within the framework of different artistic and curatorial practices.

The video “The Contexts and Representations Programme at the Museum of African Art in Belgrade” was presented at the conference Museums in the Global Contemporary, 20-22 April 2016, part of the programme ‘Exhibition of Research’ programme (University of Leicester).

Friday, 12 June 2015, 17h, in the Permanent Display
A PRESENTATION OF THE FIRST RESULTS OF THE “DIGITAL IMPRINT OF THE MAA’S PERMANENT DISPLAY: MUSEUM METANARRATIVES THROUGH THE PRISM OF SELF-REFLECTION, REVALORISATION AND THE DIGITAL SHIFT” PROJECT

Audio recording of the lecture is available here (.mp3, 37 MB, in Serbian)

Tuesday, 23 December 2014, 18h, in “Pečar’s Cabinet” on the first floor
TALK: UNRECOGNISED AND INVISIBLE POTENTIALITIES OF THE MUSEUM

Audio recording of the talk is available here (.mp3, 37 MB, in Serbian)

Thursday, 28 August 2014, 18h, in the Permanent Display
LECTURE AND TALK: “THE TROUBLES WITH AFRICAN MODERNITY”

Zoran Ćirjaković, lecturer at the Faculty of Media and Communications and author of the book: “Global Africa”

Audio recording of the lecture is available here (.mp3, 46.8 MB, in Serbian)

Audio recording of the lecture is available here (.mp3, 89.1 MB, in English)

Friday, 20 June 2014, 18h, in the Permanent Display
TALK: CONTEMPORARY ARTISTIC AND CURATORIAL PRACTICES AS A FORM OF SELF-REFLECTION

Thursday, 12 June 2014, 20h, in the Permanent Display
LECTURE-PERFORMANCE: “BLACK ON WHITE: HOW TO COUNTINUE WITHOUT ONESELF? – POETIC COMMUNISM IN NON-ALIGNED TIMES”, part of the Travelling communiqué exhibition of the Museum of Yugoslav History

Audio recording of the lecture-performance is available here (.mp3, 18.2 MB, in English and Serbian)

Saturday, 10 May 2014, 18h, in the Permanent Display
TALKS ABOUT C&R AND THE FIRST ELECTRONIC PUBLICATION “THE MUSEUM OF AFRICAN ART, CONTEXTS AND REPRESENTATIONS” BY ANA SLADOJEVIĆ

Reflections on the colonial, anti-colonial and post-colonial discourse opened by C&R are an extension of ideas deriving from the book “The Museum of African Art, Contexts and Representations”, available as e-publication on the Museum site.
*The publication is in Serbian (...for the time being)