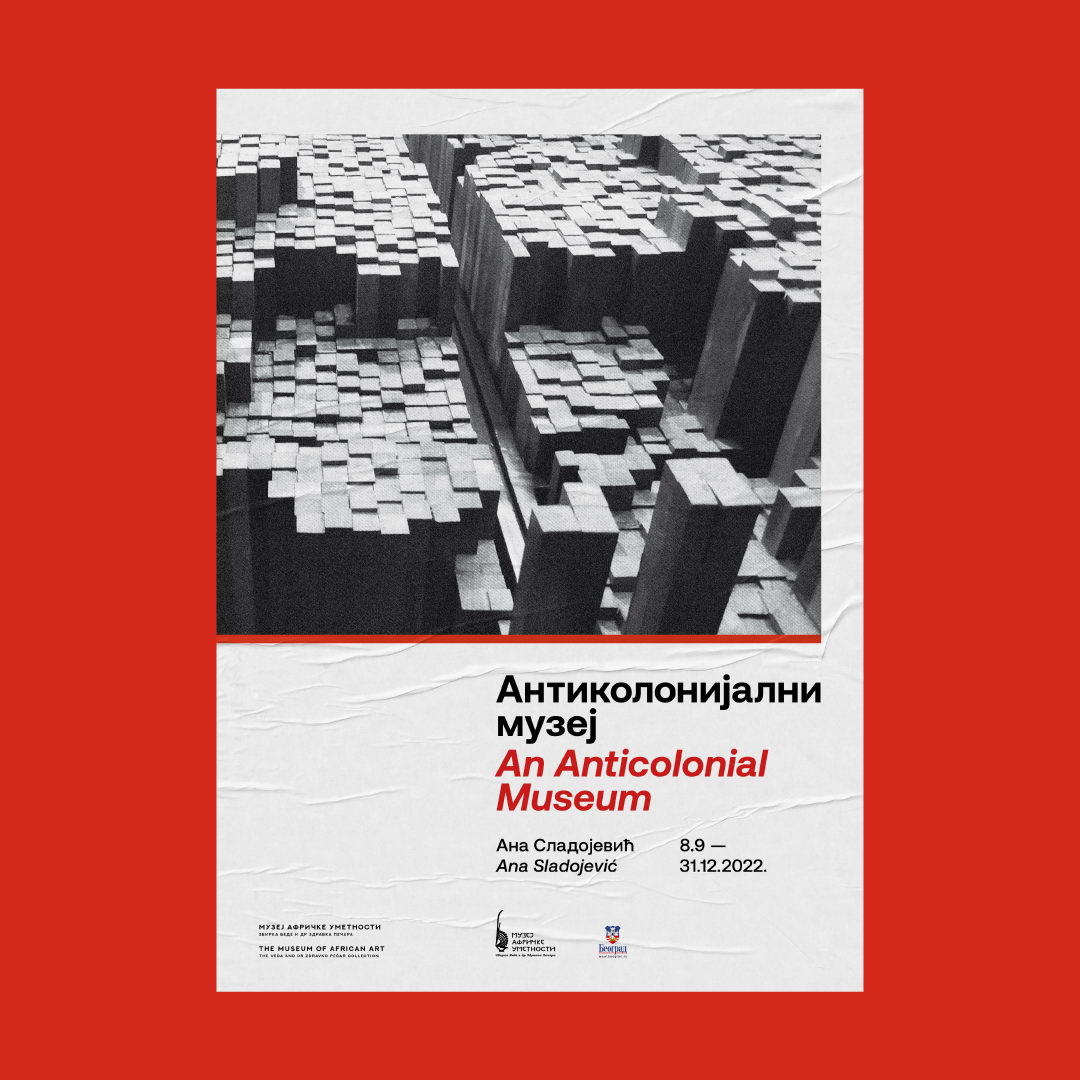 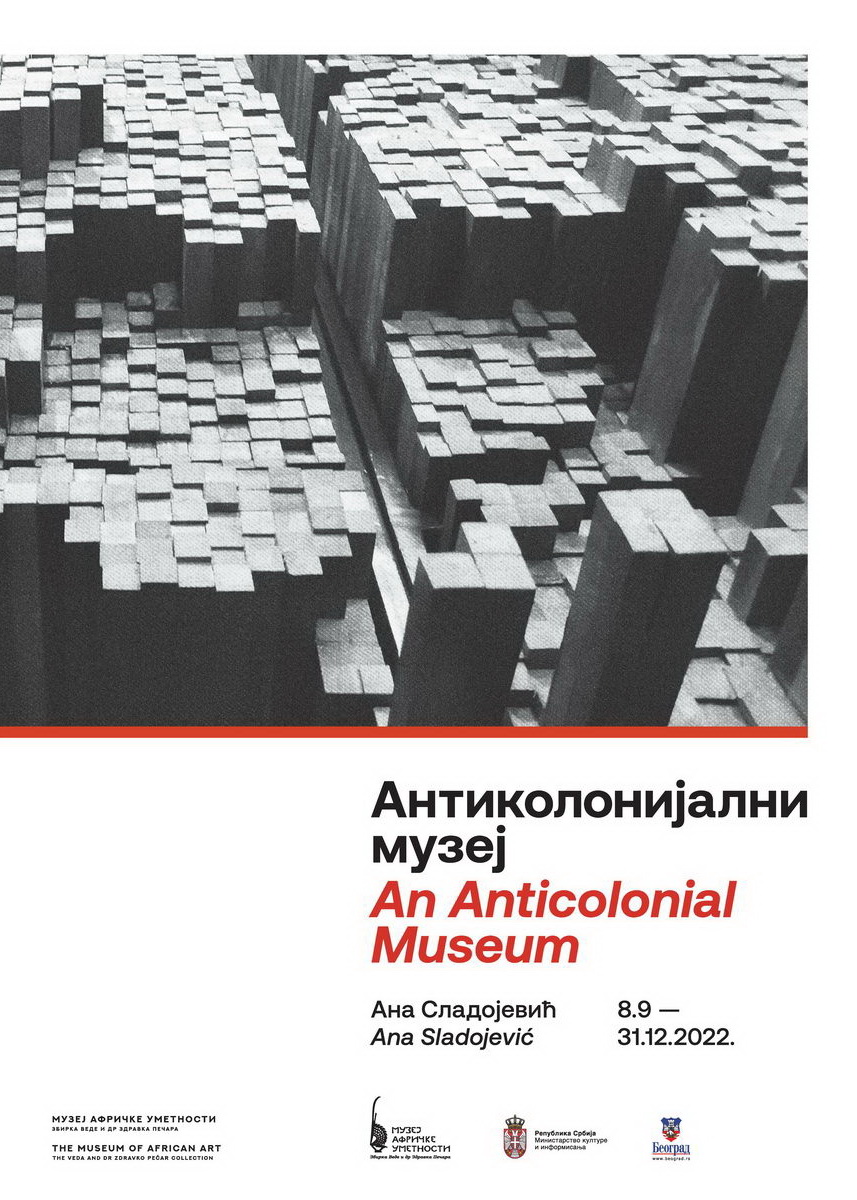 The exhibition maps some of the key questions regarding the representation of Africa and African Art, understood within the cultural framework far wider than the Museum itself. Starting from cartographic representation of Africa, through press reports, articles, photographs, drawings, titles, sentences and quotations, it describes different registers within which the image of Africa and African art was created, that concomitantly – directly or indirectly – influenced the image that the MAA puts forward.

Relying on theoretical and artistic deliberation of this concrete Museum, as well as other museums that thematise representation of Africa, three artworks are presented within the exhibition.

Ana Vujović (Serbia), presents her work ‘Unknown African’ (2019), in form of an installation/triptych, that points at erasure of African authorship within Western institutions, telling of the necessity to recognize the corelation between certain stereotypes of a longue durée, and the current realities of social inequalities.

Koštana Banović (Sarajevo-born artist based in Utrecht, the Netherlands), has shot a short film on the MAA, under the title of ’Reading Museology’ (2017), where she re-thinks different eras of this Museum’s life, that have left its permanent display seemingly unchanged. She points as to how important institutional history is for representation of any kind.

Katarina Zdjelar (Belgrade-born artist based in Rotterdam, the Netherlands), participates with her work ‘Into The Interior (Last day of the permanent exhibition)’ (2014), consisted of the footage taken during dismantling the permanent exhibition at the Royal Museum of Central Africa in Belgium in 2013. It represents an end to an era of museum representation, opening symbolically the space for new models of representation.

Exhibition and catallogue supported by:

Complementary programmes and activities around An Anticolonial Museum exhibition

Workshops: Towards an Anticolonial Museum

As part of the exhibition methodology, during August we organised a cycle of talks under the title of “Towards an Anticolonial Museum“. With an excellent response and an active participation of constituents, questions such as decolonization of knowledge, museum representation of African art, race and racism, were considered. These deliberations will be translated within the domain of re-thinking and imagination aimed at devising what an anticolonial museum could be.

Within three cycles of the Research hour, during October, November and December, through talks that take as a starting point a museum or personal object, item, documentation, study collection, media content etc, some of the main issues that are in focus of the current research both directly and indirectly related to this Museum, will be presented.

Museums as ideological and political institutions have a strong impact on the formation of ideas about the world and its relations. Aside from actively creating specific discourses, that often stem from inherited imperial and colonial institutional frameworks, museums also enable the erasure and invisibility of certain data, protagonists, and narratives. Although the decolonisation of museum work is primarily understood by the public as the return of museum objects resulting from imperial and colonial conquests to countries of origin, a far more complex issue is the decolonisation of institutional knowledge production.

The Museum of African Art – The Veda and Dr. Zdravko Pečar Collection (MAU) in Belgrade, is an example of decentred museum practice in relation to museums in the West. Opened in 1977, within the scope of non-alignment as a characteristic of Yugoslav international politics, the museum’s foundations were rooted in anticolonial discourse, reflecting the spirit of the times. However, no museum, therefore not even the MAU, is anticolonial in itself. Each museum rests on the paradigm on which museums as the institutions we know today were created – deeply embedded in 19th century imperialism.

Therefore, the conference strives to establish links with the values of anticolonialism, anti-racism and solidarity from the time of the MAU’s founding: not merely for purposes of historicization, but with the aim of posing the challenge of anticolonial thinking before a significantly different institution that has yet to take root in practice.

Conference presentations will deal with research, art and theoretical work, which link museums and heritage at large to the realities of extractive capitalism, institutional racism, as well as the prevailing imperial paradigm, and will also aim to underscore new models of knowledge production. 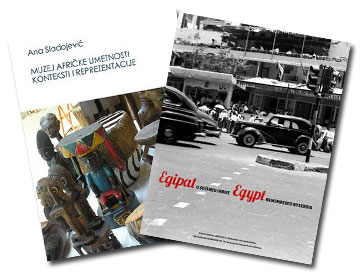