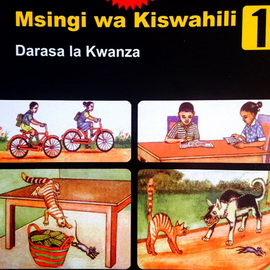 He was born in Tanzania and he is presently a third year student of economics at the University of Belgrade. Swahili is his mother tongue, but he also speaks good English, Serbian (of course), and the local language –Zaniki.

Long-time simultaneous, consecutive and written English language translator. Galina graduated in English Language and Literature at the Faculty of Philology in Belgrade. She lived in Nairobi, Kenya, where she encountered Swahili and where she obtained the title of master of international relations at the United States International University.

For more information you can contact the curators Ivana Vojt and Dragan Miskovic on This email address is being protected from spambots. You need JavaScript enabled to view it. or by phone: 2651 654, 2651 269.