South of the Sahara - Photographs by Marli Shamir 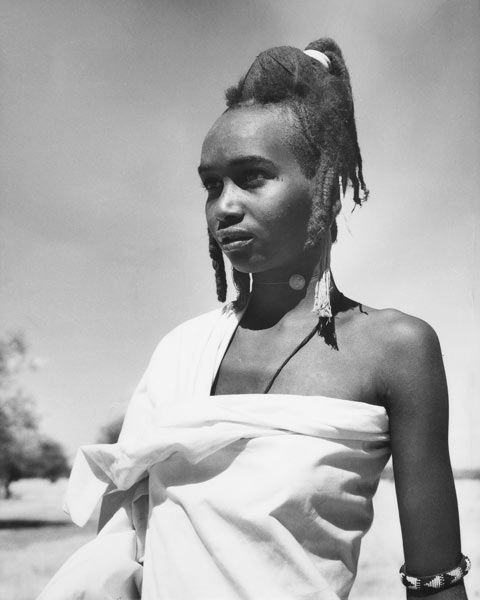 As part of the Museum of African Art special program of visiting exhibitions in alternative spaces and the collaboration with the Centre for Culture Grocka, the “South of the Sahara: photos by Marli Shamir” exhibition will be presented from April to June 2012. The exhibition will first be opened in the “Nikola Tesla” Primary School in Vinča and then move to the Primary School "Aleksa Šantić“ in Kaluđerica. Through such activities the Museum wishes to emphasize the educational potential of its collections besides the existing permanent and thematic exhibitions located in the main Museum building, as well as to make the collections more accessible and intellectually and creatively stimulating particularly to pupils of elementary and students of secondary schools.

The exhibition is produced in collaboration of the Museum of African Art with the Cultural Center of Grocka, and with the support of the municipality of Savski venac.

It was thanks to the involvement of Yugoslav Ambassador at UNESCO, Mr Dragoljub Nayman that The Museum of African Art in Belgrade received from the International Fund for Cultural Development (UNESCO) a valuable collection of original art and documentary photographs of Africa taken by eminent Israeli photographer Marli Shamir. The collection was bequeathed in 1980 when the first exhibition under the title South of the Sahara was organised on the occasion of the 21 General Conference of UNESCO in Belgrade. The exhibition was enthusiastically received by the cultural public sector of Belgrade, the participants in the Conference and the president of UNESCO himself, Mr Amadou Machtar M’Bow.

Originally black and white photographs, they show one part of the African continent – the Sahel with all its specific geographical, historical, demographic and cultural traits. During her stay in Africa between 1968 and 1973 Marli Shamir passionately dedicated herself to photographing the landscapes, people, farmers, shepherds, objects of everyday use and those of a sacred character. She paid special attention to taking photographs of the architecture, profane and sacred, urban and village buildings made of mud, which are a specific trait of the Sahel. The rich biography of this artist reveals that from her early days, she focused her interest and artistic sensibilities towards architecture. Therefore it comes as no surprise that the architecture of the Sahel is carefully selected and besides reflecting her recognisable artistic signature, they also carry all the characteristics of a carefully collected document which today, forty years later, represents an extremely valuable visual source of information not only of the cities of this region, but also all for all later researchers of Africa and African creativity. The value and importance of the photographs depicting animistic rituals practiced by the Dogon, Bamana and Malinke should also be given due credit.

The photographs of Marli Shamir from the “Sahel” series that at the Museum of African Art are one of the most important segments of the Museum's photo archive for it is with the passing of time and real changes in the field that they become ever more valuable assets in the process of researching, explaining and presenting certain museum artefacts and the region they come from. This collection of photographs, due to its unquestionable artistic and documentary importance, is extremely valuable not only to the Museum of African Art in Belgrade and the region, but also on a world heritage level.