the MAA is announcing the last guided-tour accompanying the exhibition 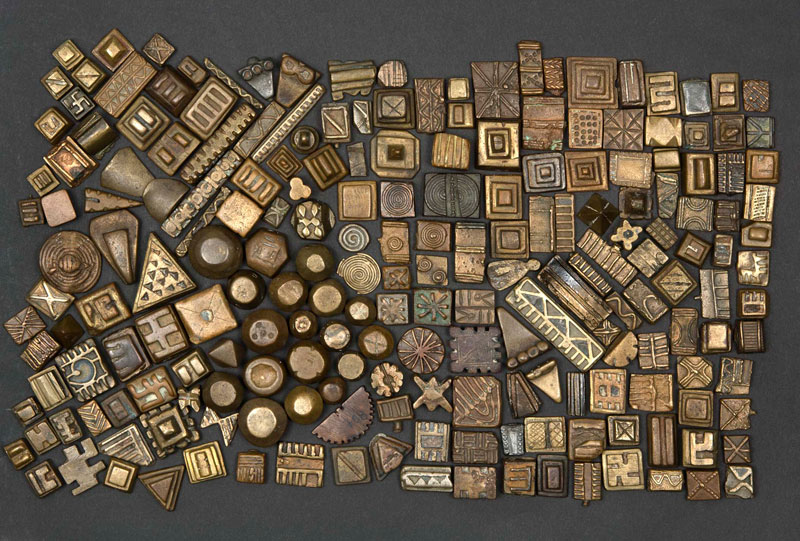 The Goldweights of the Akan exhibition has showcased over 700 bronze goldweights cast in miniature form, from the simplest to the more elaborately decorated and complex geometric shapes, as well as sculptural figures depicting different objects, plants, animals, people or, on the other hand, compositional scenes that include a range of motifs.

The richness of goldweight shapes that vary from pyramidal forms or the circle, seeds and different fruits, birds placed on posts, or figures of women carrying children in wrappers, with bowls on their heads, miscellaneous abstract motifs and naturalistic images – were individually or in groups the visual accessory of economic activities that took place in the Akan states between the 15th until the end of the 19th century. The goldweights were placed on one scale pan and the amount of gold used as currency that brought the scale into balance, was placed on the other pan. The weight of the goldweights corresponded to the monetary value of gold, while their form expressed the need of the individual and society for communication, at the same time expressing the artistic sensibility of both the creator of the piece and all who used them.

Entrance will be free.