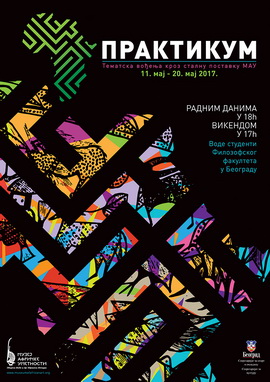 The “Practicum 2017“ programme of practical work was intended primarily for the final years students of any Departement of Faculty of Philosophy. The students guided visitors through the Permanent Display on three occasions: as part of the presentation of “Practicum” 2017, during the Afro Festival 2017, the Days of European Heritage 2017 and trough the “Sunday at the MAA” programme.

Students who paticipated in the “Practicum 2017” programme were also participants in the “Public Speaking” workshop conducted by Slobodan Roksandić, actor and MA communicologist from Main Point Institute.

The programme is organized thanks to the support of the Secretariat for Sport and Youth of the City of Belgrade.