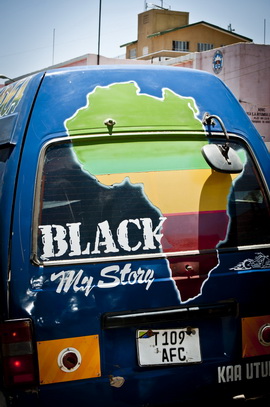 Around 2008, East Africa was connected to the World Wide Web via the subsea cable which, from the Indian Ocean, linked Africa to the Middle East and South Africa. Gradually, over the following years, faster, cheaper and mobile access to the Internet, changed communication opportunities coming from and about the continent. This occurred not long after the Kenyan writer Binyavanga Wainaina satirically offered non-advice to the typical Western writer with an essay titled ‘How to Write About Africa’ (Granta: 2005), and not long before the Nigerian writer Chimamanda Ngozi Adichie talked of ‘The Danger of a Single Story’ – all events which have turned into milestones when it comes to challenging stereotypical narratives of Africa.

Insight into the history of how Africa has been communicated and perceived by Europeans forms an interesting foundation when juxtaposed with cases of how social media has generated new, sovereign ways of expression from the continent.

This presentation focuses on the weight of historical luggage and its influence on shaping perceptions and willingness to change our understandings about Africa. Pernille Bærendtsen, as the MAA's guest presenter, will share her personal experiences from travelling, living and working in Africa since 2003, and offer examples of how social media contributes to widening our perception of Africa.

*Check out the TED Talk with Chimamanda Ngozi Adichie. 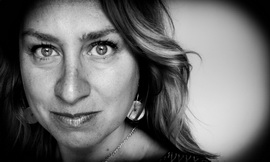 Pernille Bærendtsen (www.duniaduara.dk) is a Danish citizen who has worked as an independent journalist with focus on East Africa since 2011. Regularly she carries out different assignments related to media, journalism, culture, politics and civil society in Kenya, Tanzania, South Sudan, Uganda and Denmark. In 2000, she lived in Serbia where she established the Next Stop Serbia campaign aiming at breaking down stereotypes between Serbs and Danes by promoting civic action and creativity by making people collaborate via personal interests. During the same period of time she also worked with the establishment of the South Eastern European Youth Network, enabling the connection of ex-Yugoslav youth across borders. From 2005 to 2007 she worked with South Sudanese refugees and on civic education along and across the Sudanese border. From 2007 to 2010 she lived in Dar es Salaam in Tanzania working as information officer for an international NGO. She conducted research on political transition in Tanzania, and defended her master thesis on the topic at the Centre for African Studies at the University of Copenhagen, in August 2017. (For more on her research, click here.)

The presentation is in English.