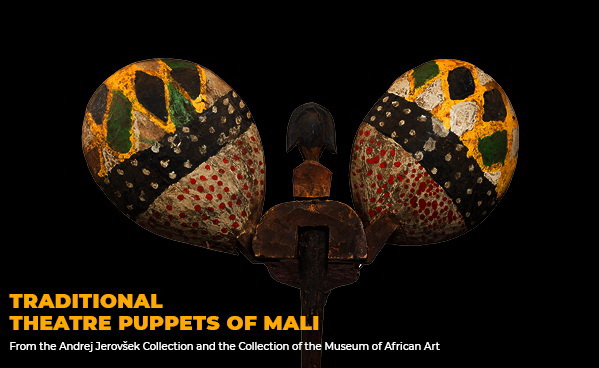 The exhibition Traditional Theatre Puppets оf Mali – From the Andrej Jerovšek Collection and the Collection of the Museum of African Art presents the puppets whose style of manufacture and animation is characteristic of the theatrical form traditionally performed in the southern parts of the Republic of Mali, along the Niger Valley.

The leading role at the exhibition is shared by the Antelope with a Drummer and Dancers, the Elephant, an array of yellow, red and blue little people, and Merenkun, a large double-faced sculpture representing a woman. Featuring a variety of dramatic characters and sculptural qualities, the exhibition also reveals the structural elements of the puppets that enable their stage movement. It displays articulated rod puppets, some of which are furnished with strings for manipulation, as well as wood-carved puppets with no moveable parts.

We shall right away share two more secrets of the acting trade in this part of Africa with all connoisseurs and lovers of puppetry and theatre and with all those this exhibition invites to become ones: the traditional puppet characters play scenes of silent theatre and the puppeteers remain hidden in the costume or in the kalaka, an element functioning as a mobile stage. 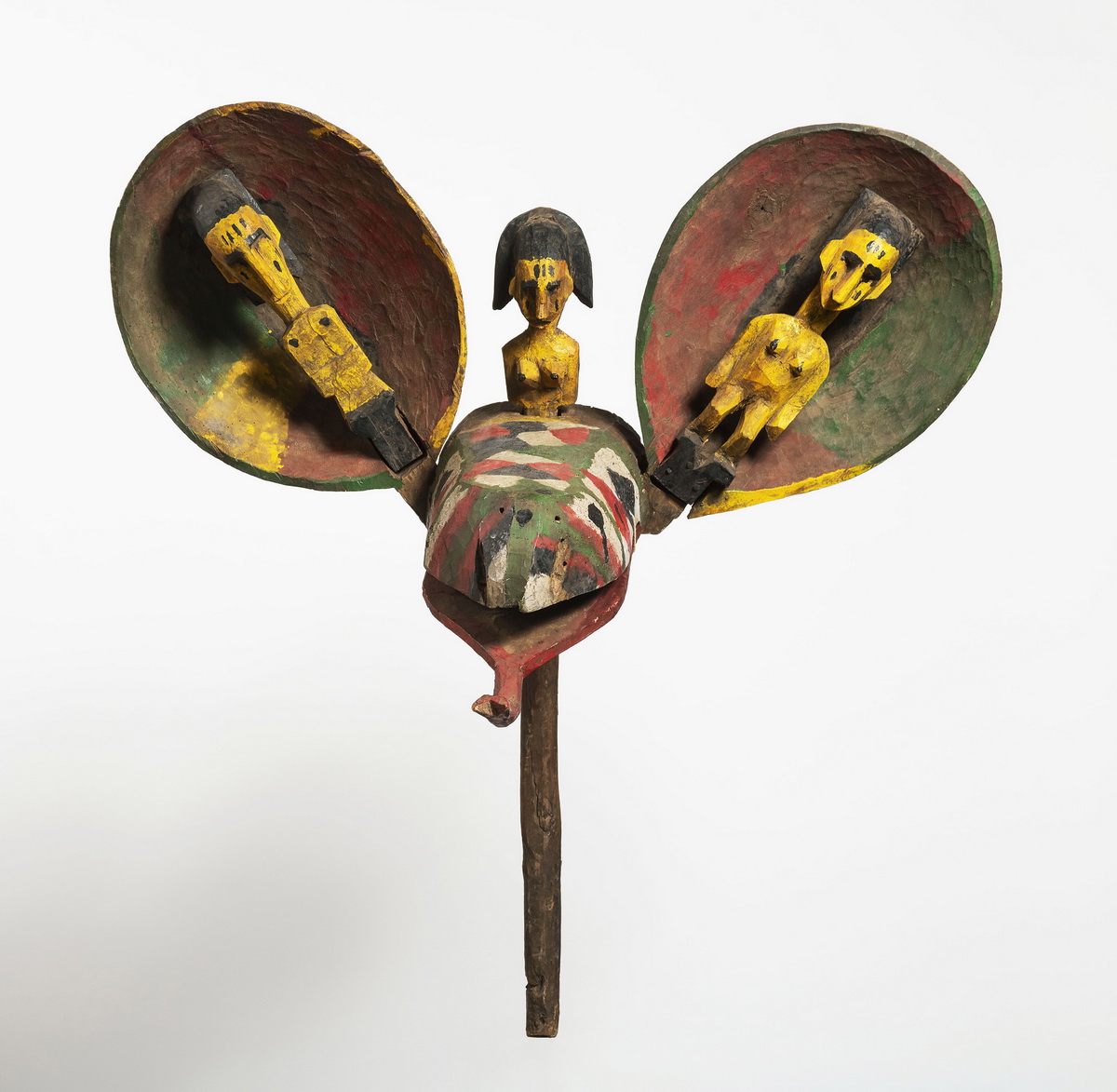 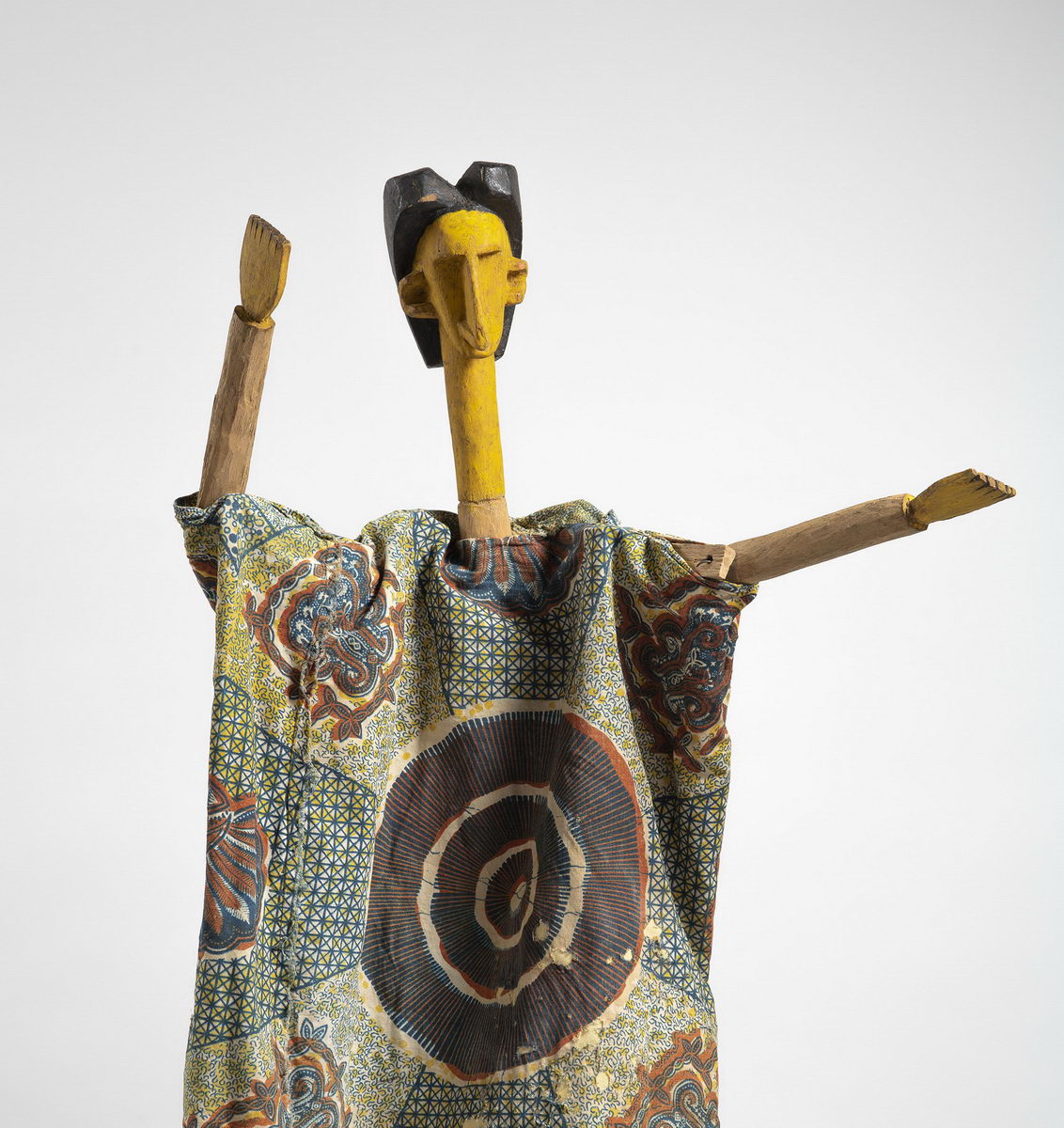 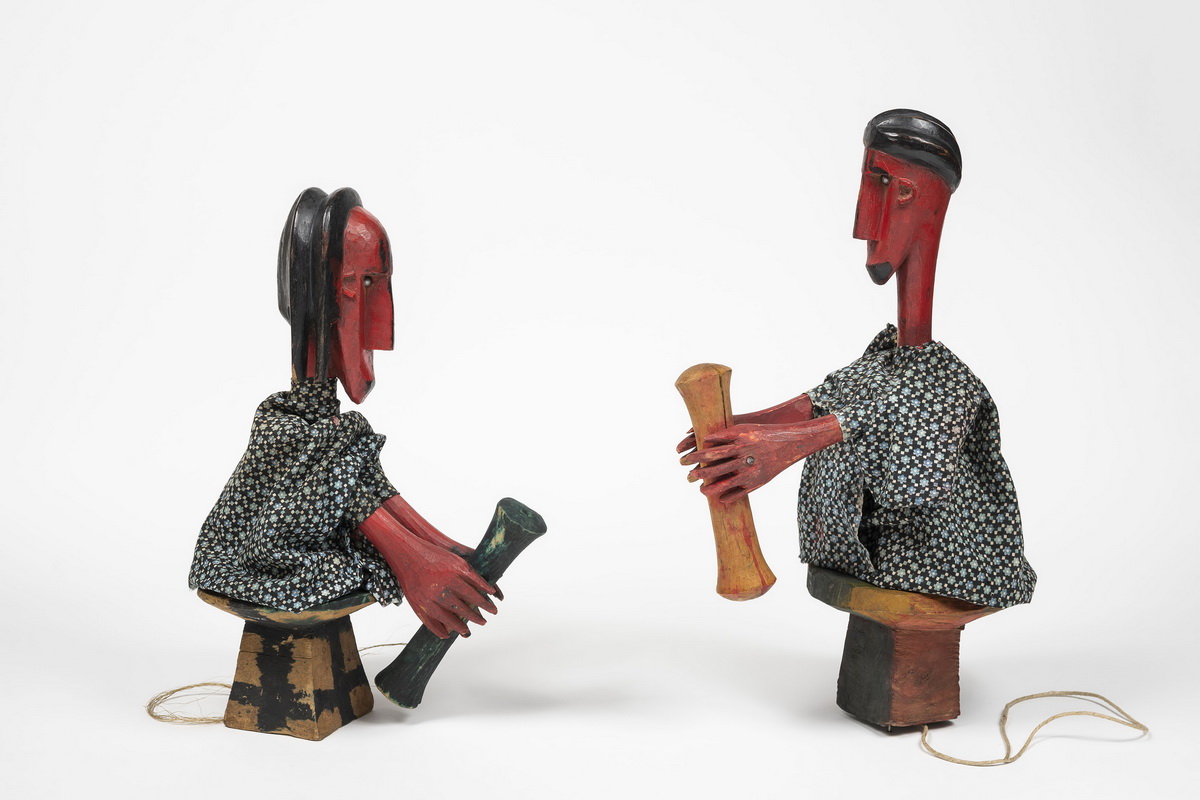